A full moon in conjunction with a rare planetary alignment calls the girls to the moon pool at Mako Island where their powers and abilities are greatly augmented and strengthened to higher power levels. The second season revolves around the arrival of a new girl, Charlotte Watsford, who moves into the area and develops an instant attraction to Lewis. After Charlotte sees a film of her grandmother Gracie as a mermaid she meets Max Hamilton who was once romantically involved with Gracie. Happy to have met his lover's granddaughter he tells her about the previous mermaids and of Mako Island. Charlotte travels to the moon pool during a full moon and becomes the fourth mermaid in possession of all the girls' powers and abilities. Believing herself superior as the one "true mermaid" she and the girls become sworn enemies. This conflict results in a confrontation, during an especially strong and powerful full moon, which ends with Charlotte being permanently stripped of her mermaid powers, abilities, and mermaid form. The girls also have romantic entanglements. Cleo breaks up with Lewis for being too clingy and protective after which he dates Charlotte. Rikki and Zane start dating again after breaking up during the series one finale. Emma meets Ash and flirts with him but he is frustrated by the secrets she constantly holds back. She eventually relents and tells him that she is a mermaid. Torn because of the conflict between his friends and Charlotte Lewis comes to the conclusion that his loyalties lie with the girls and with Cleo in particular. He breaks up with Charlotte and begins dating Cleo again. 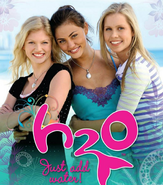 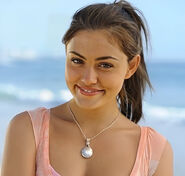 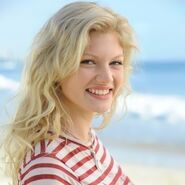 Add a photo to this gallery
Retrieved from "https://h2o.fandom.com/wiki/Season_2_(H2O:_Just_Add_Water)?oldid=90053"
Community content is available under CC-BY-SA unless otherwise noted.