Isabel Durant plays the character of Ondina on Mako: Island of Secrets.

Issi has been dancing since she was three-years-old, attending Loretto Kirribilli throughout most of her life. She made the transition into acting at age 14 after taking her first drama class. Straight out of high school in 2010, Issi made it to the top 20 of So You Think You Can Dance series three, which jump-started her career. She studied dance full time at Sarah Boutler's Ev & Bow and even took on a minor role on Rescue Special Ops. 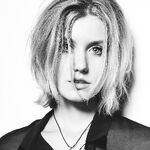 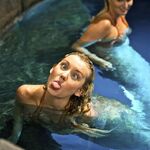 Retrieved from "https://h2o.fandom.com/wiki/Isabel_Durant?oldid=79294"
Community content is available under CC-BY-SA unless otherwise noted.