A Date With Destiny

Graduation is the 26th and final episode in Season 3 of H2O: Just Add Water. It is also the series finale.

While the world celebrates the spectacle of the rare comet, Cleo, Rikki, and Bella know it's destined to strike earth and set out to stop it. Bella locates an ancient tale from when the comet last passed about how a tower of light shot from the earth, touched the comet and saved them from cataclysm. On hearing that a young girl named Eva was responsible for the light, the girls realize the Water Tentacle's potential. Meanwhile, in an effort to recover more unique crystals, Sophie and Ryan damage the Moon Pool's ability to create the magical energy the mermaids need, just so they can be rich. Although they end up not keeping the gems anyway, because Will presented Sophie an ultimatum: gems or him. The girls combine their powers to create their own tower of light and risk everything in an attempt to direct it toward the comet. They succeed and prevent a collision, saving everybody and fulfilling their destiny as mermaids. Later, Rikki, Cleo, and Bella graduate from school to enter a new phase of their lives, forever bound by the sea and their shared secret. Lewis returns and Cleo asks him why he came all that way to see her. Lewis jokes that he heard that "there's a new science genius in town" and he wanted to "check out the competition". Rikki and Zane again become friends. During the celebration at the café, Bella sings the shows opening and closing theme song "No Ordinary Girl".

Rikki: It's a piece of paper, really.

Cleo: You shouldn't be celebrating this, you should.
Sam: We should be what?

Sophie: That was before we found out the cave was loaded with this stuff. I say we get all we can.

Zane: Some things are more important than money.

Will: I love you sis, but if you take these, you lose me. And I don't want to lose you.

Bella: Guys - what if the tower of light wasn't light - what if it was water?

Cleo: They've ruined the Moon Pool. All the magic's gone.

Rikki: I never thought of you as a nerd before. Wow!

Kim: Nothing exciting ever happens around here.

Sam: That's not right. This shouldn't be happening.

Sophie: So, you don't need me to watch over you then.

Lewis: Oh, I heard there was a new science genius in town, and I wanted to check out the competition.

Zane: That was a joke, right?

Bella: Wow, in public and everything. What happened to the shy guy I used to know?

Will: 300 years ago, people still thought the earth was flat.

Ryan: I don't feel right about this, we don't know what kind of rock structure supports this place. Anything could happen.

Ryan: Oh no. I knew this was a mistake.

Lewis: I will let you know when I need to breathe. 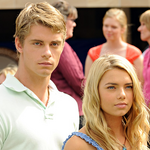 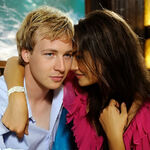 Retrieved from "https://h2o.fandom.com/wiki/H2O:_Just_Add_Water:_Season_3:_Episode_26:_Graduation?oldid=91041"
Community content is available under CC-BY-SA unless otherwise noted.