Surachai "Chai" Hansen (Born: Surachai Romruen) is an Australian actor. He was cast to play Zac in Mako: Island of Secrets, becoming the first merman ever shown on the H2O series.

Born on February 8th 1989, Chai started in a primitive hospital in Ko Samui (Thailand), where he was born into a mixed cultural family, a Thai Father (Superut Romruen) and an Australian Mother (Sandra Hansen). At the age of 7 Chai migrated to Australia with his mother and sister (Sarah Romruen) to seek a higher education.

Chai did not start his career from a dancing background but a track and field history. A natural sprinter and jumper, in 2006 Chai was ranked 2nd in Australia after winning silver medal in triple jump at the Australian National all schools championships. Chai holds records in Australia and Canada in Triple Jump.

2007 is the year Chai found a love for dance. In 2011 after completing his scholarship and gaining a ‘diploma in performing arts’ Chai moved with his newly found knowledge of the arts to Sydney. With the approval of the group director (internationally acclaimed performing artist) William Sanchez took Chai under his wing and gave him a spot in Australia's No.1 live street theatre show Beat The Streets where he continues to perform for thousands of people a day.[1] 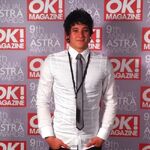 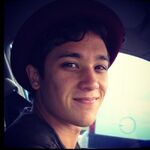 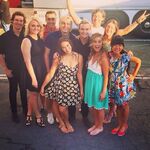 Retrieved from "https://h2o.fandom.com/wiki/Chai_Hansen?oldid=82675"
Community content is available under CC-BY-SA unless otherwise noted.