The Canadian Mermaid is a Northern mermaid and a member of the Northern Pod. She's the true antagonist of the Season 2 Episode the The Siren indirectly.

The Canadian Mermaid was captured on a tape while floating on the surface and singing the Northern Pod Enchantment Song. She then dragged one kayaking man underwater and attacked the cameraman.

The video was later posted online. When Sirena watched the video, she fell under the effects of the enchantment.

This mermaid seems much more wild and wicked compared to other mermaids who only used their powers for self-defense as she attacked two men unprovoked.

As a mermaid, she has the ability to swim at a super speed, and dive at depths no human being is capable of, completely protected from its cold and water pressure. She is also capable of holding her breath for at least fifteen minutes.

The Canadian Mermaid didn't displayed her powers, but like all mermaids born in the sea, she has all the regular and weather powers.

The Canadian Mermaid is a Siren, and as such, she has the ability to sing enchanted songs. She is seen enchanting a kayaker with the Northern Pod Enchantment Song on video. Her voice can cloud the mind and make men completely oblivious to the dangers around them. The mermaid's victim was completely unaware of the mermaid dragging him underwater and did not struggle. The Canadian Mermaid also has the natural ability that all natural merpeople have to make herself invisible.

The Canadian Mermaid has all the typical weaknesses of a Northern mermaid. 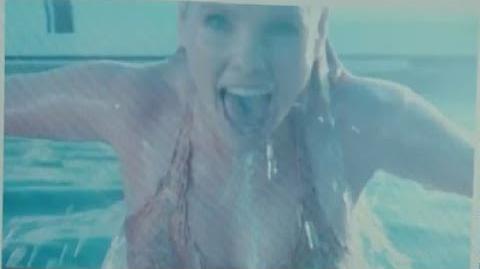 Never before seen footage of Canadian mermaid!!
Add a photo to this gallery

Retrieved from "https://h2o.fandom.com/wiki/Canadian_Mermaid?oldid=91666"
Community content is available under CC-BY-SA unless otherwise noted.