Amy Ruffle is an Australian actress who's playing Sirena in Mako: Island of Secrets.

She studied at Strathcona Baptist Girls Grammar School in Victoria.

She is dating Home and Away cast member Lincoln Younes.

In a magazine article, it is revealed that Amy used to be a springboard diver, helping with the filming of underwater scenes.

After working in musical and theater, in 2012 Ruffle joined the cast of the TV series Mako: Island of Secrets as one of the lead female characters.

In a magazine article, Jonathan M. Shiff said "Amy auditioned for all roles, but I immediately saw her as Sirena - the mermaid who is always trying to be the peacemaker. Sirena was born very quickly." 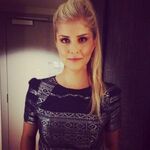 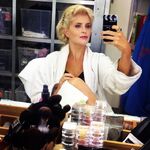 Retrieved from "https://h2o.fandom.com/wiki/Amy_Ruffle?oldid=82676"
Community content is available under CC-BY-SA unless otherwise noted.